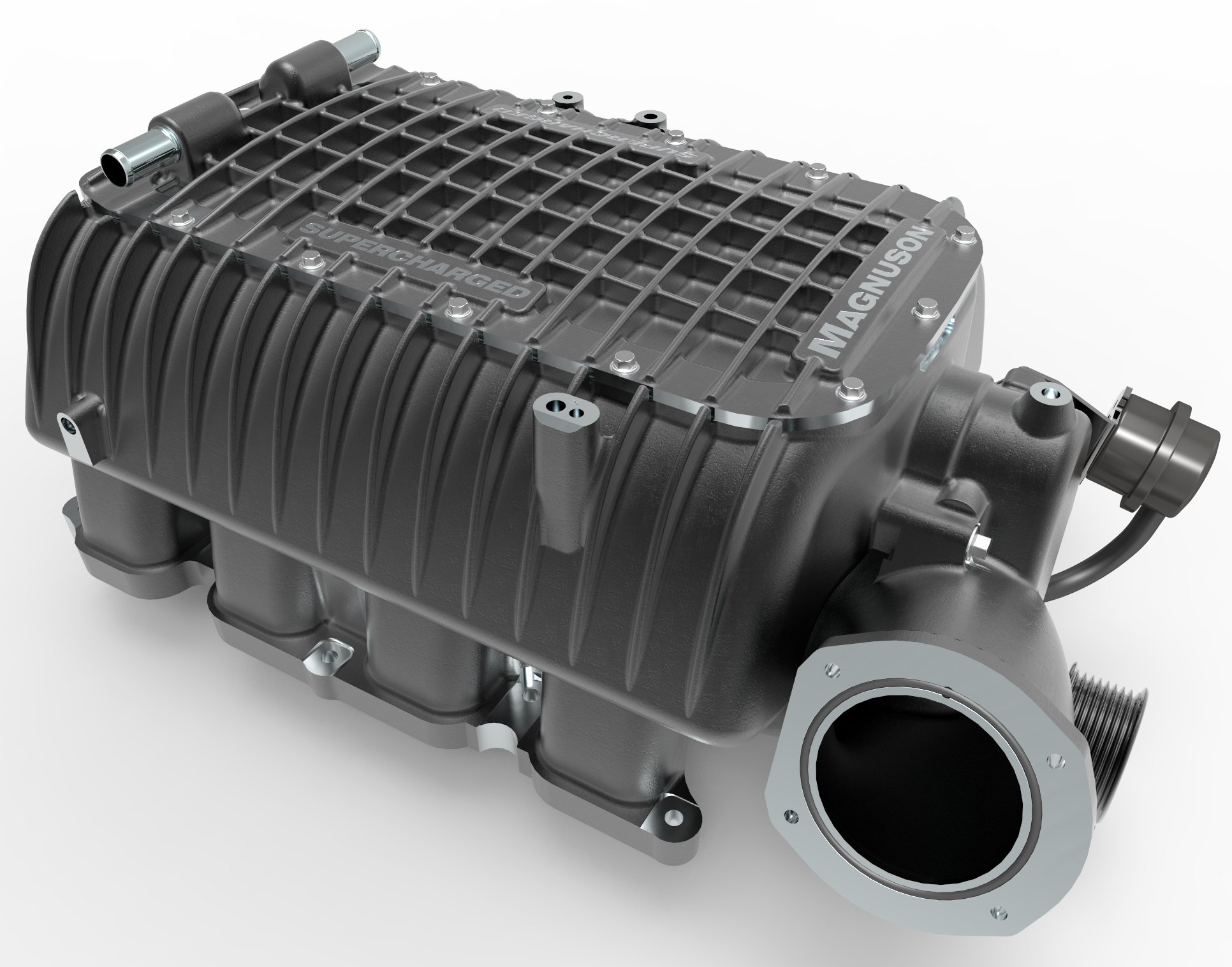 Magnuson is proud to announce the Toyota Tundra Supercharger System is now available for the 2009-2018 Toyota Tundra 5.7L V8. The OEM look of our integral supercharger system on this platform allows for a single large charger air cooler, a larger plenum and tapered runners just to name a few advancements. At around 7 psi, the Tundra Supercharger System makes an amazing 550hp and 550lb-ft of serious truck torque at the crank, all with CARB certification (D-488-41).

At the heart of the Magnuson Supercharger System is Eaton’s latest Twin Vortices Series (TVS) supercharger unit, the TVS1900. The supercharger system is a positive displacement, roots style pump, utilizing Eaton’s lightweight, four-lobe 160 degree twisted rotors. Cast and assembled as a single, OEM-style-manifold and rotating group housing, the unit is quiet, compact, attractive, easy to install, and requires little to no extra maintenance to the unit itself.

The positive displacement supercharger offers power instantly as the throttle is pressed. Boost pressure builds with no perceived lag commonly associated with other types of forced induction, and provides a large increase in torque across the entire power band. Throttle control is linear and predictable and makes for an excellent driving experience both in daily driving and wide-open acceleration.

Since the supercharger does not compress air as it moves through the rotors, it’s extremely efficient during light throttle and cruising situations. Unlike screw-type positive displacement superchargers that are always compressing, the TVS unit can internally bypass unwanted air, resulting in negligible parasitic loss during cruising and therefore far greater fuel economy.