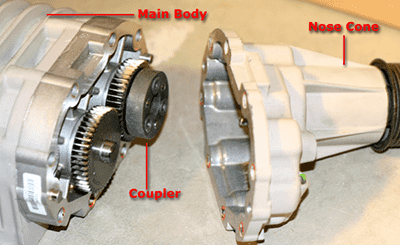 Does your EATON supercharger make a rattling sound, sort of like rocks rattling around? Is the noise very distinct during idle or low speeds and then soften up as you drive your vehicle?

As long as your supercharger is not leaking oil the chances are your coupler is worn and needs to be replaced. 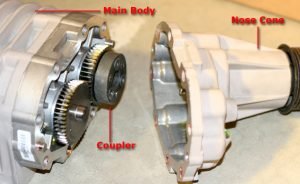 The Eaton supercharger has a front nose cone and the main supercharger body. Between the two pieces is a supercharger coupler, which is a little plastic round part with several holes in it.

How long does it take?

These supercharger couplers are very simple to replace and are very inexpensive compared to a supercharger rebuild. All together the replacement of the coupler will take around 1-2 hours complete.

What do I need to change out the supercharger coupler?

You only need a handful of common tools like a Standard Wrench, Allen Wrench, and a Spray Bottle or Syringe to get the old supercharger oil out. You will also need a supercharger nose cone service kit, which includes the special supercharger oil, the new supercharger coupler, gasket maker, and a new oil fill bolt.

How to get the oil out of the supercharger

You want to make sure you drain the old oil out of the supercharger. Since these Eaton superchargers do not have an oil drain plug, you normally will have to drain the oil from the oil fill hole. We find that using an old spay bottle works very well and since most people have them laying around the house it does not require you to make a special trip to the store. You can also use a syringe or a baster depending on what is available to you.

How to take the nose cone off? 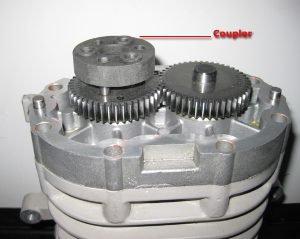 You will want to torque these bolts to around 18-20 foot-pounds to torque. 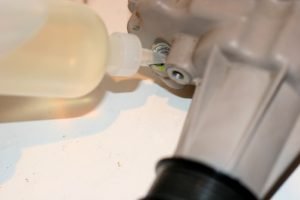 How often should I change the supercharger oil?

We recommend changing the oil at or around 100k miles depending on usage. Please make sure you do NOT use any other type of oil, including synthetic motor oils. These will cause failure. Only use Supercharger Oil made specifically for Eaton Superchargers.

17 thoughts on “How to replace an Eaton Supercharger Coupler”