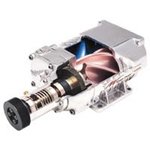 What supercharger parts normally come in a complete kit?

A Supercharger has many names like a Blower, Compressor, and Head Unit. A supercharger is an air compressor that runs off of the belt system on your engine that forces air into the motor creating a substantial horsepower and torque increase. 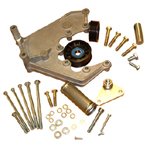 The mounting Bracket is the main bracket that attaches the supercharger compressor onto the engine block. These brackets are made from sheets of steel, some are billet aluminum, and others may also incorporate other brackets that are cast aluminum. Within a whole bracket assembly all the spacers, bolt, and hardware will be present.

The supercharger Oil Drain Line allows oil to leave from the supercharger compressor and back into your engine normally above the oil line in your oil pan.

Since oil is being supplied by the engine, every time you do an oil change on your engine you are also changing the oil that goes to the supercharger.

Some supercharger compressors have a built in oil reservoir that do not require these Oil Feed and Oil Drain Lines. Since they do not get their supply of oil from the engine normally they will require their own special oil that has to be changed inside of the supercharger compressor. These oil changes are easy where some units have a dipstick and oil drain hole to make oil change simple. 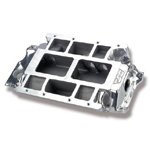 Supercharger Manifolds are commonly found in Roots or Twin-Screw type superchargers. The supercharger compressor mounts on top of this custom manifold and the manifold then in return mounts where your stock manifold was. 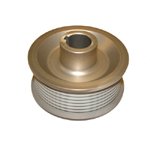 These Pulleys come in different widths of 4,Rib, 6-Rib, 7, Rib, 8-Rib, 10-Rib, 12-Rib, and Cog. The more ribs a pulley has the more traction the belt will get resulting in less belt slippage. The same goes with the actually size of the pulley. The larger the supercharger drive pulley the more contact you will have with the belt. 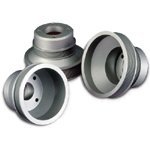 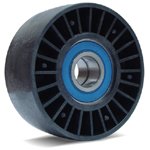 Supercharger Idler Pulleys help guide the belt so it does not interfere with anything. They are also used to gain the maximum amount of belt contact so your belt does not slip. 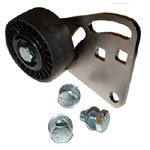 The Supercharger Tensioner Pulley is what provides proper tension so your belt does not slip. Some Kits utilize a spring tensioner that will automatically tension the belt. Others use a manual tensioner that requires you to torque it down to the desire tension. 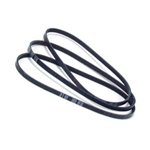 A Supercharger Drive belt is the main belt that will attach to the crank pulley and your supercharger drive pulley. These belts come in 4-Rib, 6-Rib, 7, Rib, 8-Rib, 10-Rib, 12-Rib and Cog sizes.

An accessory drive belt is the belt in which drives all of your accessories on your engine for example your A/C, smog pump, water pump, etc.

Some Supercharger Systems use a serpentine belt, which means there is one belt to drive both the supercharger and all of your engines accessories. 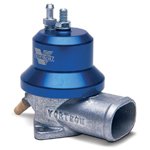 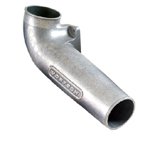 The Supercharger Discharge Tube is the tube or tubes that leave from the supercharger compressor to the Throttle body of your engine. Normally the Bypass valve is attached to this tube. 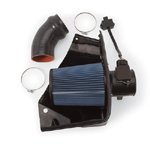 Some people upgrade their Air Intake Tube to a PowerPipe. These PowerPipes are larger in size causing your application to receive higher levels of boost from freeing up the restriction that the manufactures air intake tubes may have. 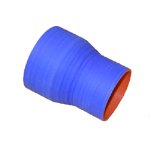 Sleeves and Couplers are the rubber hoses that attach the supercharger tubes to other tubes or engine parts like the throttle body. With a supercharged application it is very important to run heavy-duty Sleeves or Couplers so the pipes do not pop out. 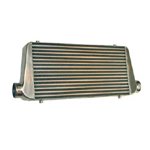 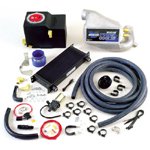 An Aftercooler is an Air-To-Water type Intercooler. Companies like Vortech, MagnaCharger, and Whipple all use this technology. There are several parts that work with an Aftercooler system like water pump, heat exchanger, water tank, intercooler core and other hardware.

The way it works is very simple. Inside of the water tank you use a mixture of anti-freeze and water. It is then pumped into the heat exchanger and gets routed into the intercooler core and back into the tank. The Heat Exchanger is like an oil-cooler where it sits in front of the car and it cools the water mixture as it enters the intercooler. A lot of times these Aftercoolers are located before the Throttle Body or inside the Supercharger Manifold. 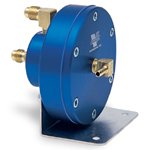 FMU is a Fuel Management Unit. Most older supercharger kits or vehicles that have a fuel return line will include these units. It is a mechanical devise that works off of your vacuum lines. I consider it a fuel pressure regulator that works under boost pressure.

When boost is detected it causes a restriction in the fuel return line causing your fuel injectors to squirt more fuel when under boost. A lot of companies use these FMU so they do not have to go with larger injectors in a kit. 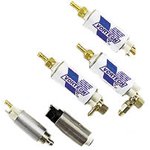 Fuel Pump or Boost a Pump

Fuel Pumps are needed to increase the fuel pressure. Since more air is going into your engine under boost, naturally you will need more fuel to help burn this extra-added airflow. Supercharger companies will include an Intank Fuel Pump, which means it will go inside of your fuel tank. Other supercharger systems will come with an Inline Fuel Pump, which means it goes inline with your fuel line and it helps your Intank Fuel Pump move more volume.

A small number of supercharger kits will come with a Boost A Pump. A Boost A Pump increases the voltage of your fuel pump so it can work harder and produce more fuel pressure. 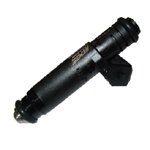 Larger Fuel Injectors are very common with supercharger systems. Newer vehicles seem to require these more than older vehicles due to newer vehicles having a returnless fuel system. Since an FMU cannot be adapted to returnless fuel system without creating its own close loop system, supercharger manufactures have to result in going with larger size fuel injectors instead. These fuel injectors make sure you have a proper fuel flow so you do not lean out they are very important. 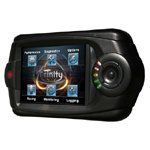 This is the one of the most important parts of a supercharger system. Some kits will require for you to send your vehicles computer so they can reflash it with their tune. Some kits will come with a Hand Held Programmer that has the tune installed in it and you have to hook it up to your vehicles diagnostic port and upload the tune. Many supercharger kits that come with an FMU may not need for modification of the computer and only require a timing control box to adjust timing curves when under boost. 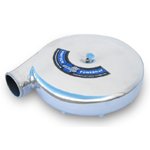 Bonnets and Carburetor Enclosures are used on Carburetor applications that are running a Centrifugal style supercharger.

With Carburetor Enclosures you tend to see a more consistent airflow that helps eliminate surging issues that some Bonnets have.

If you ever have any questions, please call us at SuperchargersOnline, and we will try our best I helping you out.