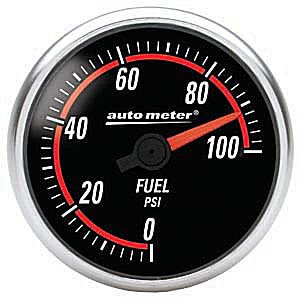 As you probably have already figured out, detonation (aka “knock”) is a big issue in the world of forced induction. You probably know that detonation is a bad thing, and that by adding a supercharger (or any forced induction power adder), you must take additional measures to avoid detonation, especially if your engine has other modifications. Normally the simple solution to stop detonation is to run higher octane fuel… but before we get ahead of ourselves, let’s start from the beginning.

What is detonation / knock?

Under normal conditions, the combusting air and fuel mixture inside the combustion chamber ignites in a controlled manner. The mixture is ignited by the spark, normally in the center of the cylinder, and a flame front moves from the spark towards the outside of the cylinder in a contolled burn. Detonation occurs when air and fuel that is ahead of the flame front ignites before the flame front arrives because it becomes overheated. Under these conditions, the combustion becomes uncontrolled and sporadic and often produces a pinging noise, or a “knock” noise when the conditions become worse.

So far, detonation sounds cool… why is it bad?

Detonation is definitely not cool. Detonation causes sudden pressure changes in the cylinder, and extreme temperature spikes that can be very damaging on engine pistons, rings, rods, gaskets, bearings, and even the cylinder heads. Even the best engine components cannot withstand severe detonation for more than a few seconds at a time. More severe detonation obviously leads to more severe forms of engine damage. If there is enough heat and pressure in the combustion chamber, detonation can begin to occur before the spark plug even fires, which would normally initiate the combustion. Under these circumstances, known as “pre-ignition”, the piston may be travelling up towards a wave of compressed, exploding gas. These are the worst kinds of detonation conditions, and can bend con-rods and destroy pistons.

Detonation occurs when several conditions / factors inside the combustion chamber exist at the same time. Increased compression, high temperatures, lean fuel/air mixture, advanced ignition timing, and lower octane fuels are all factors that PROMOTE detonation conditions. The good news is that, because there are so many factors in play, you can always find a way to eliminate detonation if it exists.

So, where do superchargers fit in?

A supercharger increases the amount of air inside the combustion chamber (see “Bye Bye 14.7 psi”), which in turn increases the compression inside the combustion chamber. Along with increased compression comes higher temperatures and higher pressures, which as we know, tend to increase the chances that some form of detonation will occur. In order to compensate for the increased compression and heat, we must change one or more of the other factors / conditions to move us away from our detonation threshhold. Tuning the supercharger system to the engine in this way for maximum performance without detonation is something that supercharger manufactuers do so, chances are, you won’t have to worry about it unless you do other modifications to your engine that place you closer to your detonation threshhold.

The two most common tricks used by supercharger manufactuers and engine tuners looking to obtain maximum performance without detonation is 1. use higher octane fuel, and 2. retard the ignition timing.

Higher octane fuel burns more controllably and is not as likely to combust before the flame front. This is why racing engines use 100+ octane gasoline. The ONLY benefit of racing gasoline is that it moves you away from the detonation threshhold, which allows you to be more aggressive with power producing factors – i.e. raise compression, advance timing, etc. This is why you’ll be disappointed if you put racing gasoline in your mom’s bone-stock ’82 Toyota Cressida thinking you’ll turn it into a race car. If you don’t have detonation, the increased octane will do you no good. For cars designed for daily street driving, you obviously won’t want to fill up with 100+ octane fuel every week at the tune of 5 bucks a gallon. This is why supercharger manufactuers tune their supercharger systems to run properly without detonation on 91 octane fuel – aka “premium” at your local gas station (in some states premium gasoline is around 93 octane).

Another way to avoid detonation is to cool the incoming air charge to lower the temperature inside the combustion chamber. On a supercharged application, this task can be handled by an intercooler (see “Let’s Talk Intercoolers”) or by a water injection system (less common). The intercooler takes the incoming air charge and passes it over a series of air-cooled or water-cooled fins and ducts, thus cooling the air in the same way that a radiator cools your engine’s coolant. Intercoolers are thus very popular in higher output supercharger systems, where detonation becomes more of a problem. Often times, the intercooler allows you to run more boost and also allows you to eliminate the ignition boost retard, meaning you’ll notice increased performance, and still experience no detonation. Another way to lower the temperature of the combusting air and fuel is to run cooler heat range spark plugs. Many supercharger manufacturers will recommend cooler plugs for you supercharged engine.

Because lean condition (fuel starvation) also contributes to detonation, it is important to make sure that the fuel system (pump, injectors, etc.) is capable of delivering the increased fuel requirements of the supercharged engine. Often times, an otherwise perfectly tuned engine will experience detonation just because the fuel pump can’t deliver enough fuel to the engine. Upgrading certain fuel components is almost always necessary when supercharging an engine. Most supercharger systems normally include the upgraded fuel components if they are necessary. If you are installing a supercharger on an engine with other modifications, make sure you consider the additional fuel requirements and compensate with larger injectors and / or a bigger fuel pump.

Some modern vehicles come with “knock sensors” that listen for detonation, and automatically retard the ignition timing to eliminate detonation. Although these devices are effective in preventing engine damage, they are not tuned for performance, so you should not rely on the knock sensors and expect your engine to run its best.

Altough detonation can be potentially damaging to an engine, a simple understanding of what it is, and what causes it, will help you stay away from your detonation threshhold. Pay attention to “knock” and pinging noises that come from your engine becuase they could indicate detonation inside the combustion chamber and should be dealt with immediately. If you’re looking for a new supercharger system, don’t worry too much about detonation – the manufacturers have designed the system for use on your stock engine, and if you follow the manufactuer’s fuel recommendations, you will not have a detonation problem. If you ever do notice detonation, perhaps from bad (low octane) gasoline or extremely high air temperatures, just drive with a light foot until you are able to resolve the cause of the problem.

2 thoughts on “Detonation, Knock, and Pre-Ignition 101”