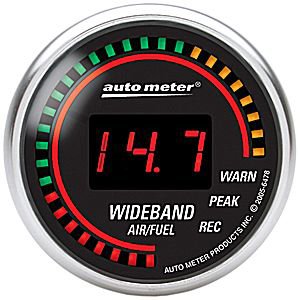 Did you know that the reason your engine makes MORE power with a supercharger is the same reason it makes LESS power as you gain elevation? You lose power as you gain elevation simply because the air is LESS densely packed with air molecules. Conversely, a supercharger packs in air that is MORE densely packed with air molecules. In this article we take a look at air pressure and how important it is to engine performance.

When we think of air, we normally think of a weightless gas that fills our atmosphere. Reality, however, is much different. A fish likely thinks that water is weightless, because there is no force that he feels pushing down from above – the pressure comes from all directions, so he does not feel the weight of the water. Like little fish swimming in the water, humans walk through the atmosphere that seems weightless, but is indeed very heavy.

The atmosphere is the mass of air that surrounds Earth. It extends upward from Earth’s surface approximately 500 miles in total. The Troposphere is the lowest and densest layer of the atmosphere where all weather takes place – it contains 99% of all water vapor molecules and 75% of the atmosphere’s total mass. The Troposphere extends 5 to 10 miles above Earth’s surface depending on where you measure from (10 miles at the equator, 5-7 miles at the poles). Beyond this layer are the Stratosphere (within which lies the Ozone layer), the Mesosphere, and finally the Ionosphere. All of these layers of atmosphere contain air molecules, particles, and atmos – all of which have mass that is attracted to Earth by gravity.

If you were to measure a column of air 1-inch square extending to the top of the atmosphere, this column of air would weigh approximately 14.7 pounds at sea level. Thus, atmospheric pressure at sea level is around 14.7 psi. If you measured from a point above sea level, you would notice that the weight of the column of air would decrease by approximately one pound for every 2343 feet of elevation gain. The reason for this decrease is because at higher elevations, there are fewer molecules of air in the column being pulled to the Earth, which lightens the column proportionally. This concept is easy to understand if you think of a stack of books. The more books there are, the more pressure there is on the ones at the bottom. The books at the top feel very little pressure. Because air compresses under the weight of the molecules from above, the air molecules become more densely packed as the column becomes taller. The column is tallest when elevation is the lowest, so there are more air molecules at lower elevations.

You may be wondering what all this has to do with superchargers. So far, we have learned that, at lower elevations, there are more air molecules. We also know that the internal combustion engine works by igniting a mixture of air and fuel. To make more power, we need to burn more air and more fuel. We can do this using a bigger engine, or by simply going down in elevation, where there are more air molecules. However, we can only go so low before we hit the ocean or the valley floor, and Mother Nature taps out at around 14.7 psi of pressure. Now if we could only make our column of air taller, we could have more air molecules and make more power!

If you haven’t already figured it out, this is where the supercharger steps in to take charge. A supercharger is simply an air pump or compressor that crams more air molecules into the engine’s intake than would fit under normal atmospheric conditions. At 7psi of boost, manifold pressure at sea level would be around 21.7 psi (14.7 + 7 = 21.7), meaning we would have almost 50% more air, and can make almost 50% more horsepower. This is why we say, “it’s better under pressure”.